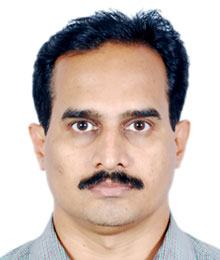 He works on several funded research projects at the Institute. One is in collaboration with the London School of Economics, and IIT Kanpur on the Futuristic Ecosystem for Digital Entrepreneurship, working in the area of the knowledge economy. He is exploring the human capital aspect of the fin-tech industry as part of this project.

The other is funded by the Department of Economics and Statistics, Government of Maharashtra, and is exploring ways to update the methodology for estimation of District Domestic Product. He is guiding four PhD scholars, whose research areas include gender budgeting, finances of urban local bodies in India, multidimensional poverty and rural livelihoods of plantation workers in India.