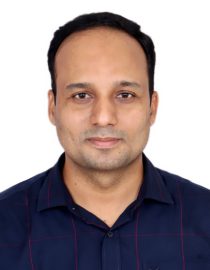 Naresh is currently on deputation as a Director (Economics) in the Combination Division of the Competition Commission of India (CCI), a central regulatory authority. He is an Associate Professor of Economics at Gokhale Institute.

He did his doctoral research in the area of trade policy (Antidumping-Comparative Perspective and Indian Experience) from Gokhale. He has worked on village development plans, district vision documents, and regional growth strategies. He has worked with the High-Level Committee on Balanced Regional Development in Maharashtra (popularly known as the Kelkar Committee), and with the Fifteenth Finance Commission.

Compiled a course material “Business Economic I” for B.COM, for IDOL, University of Mumbai Press, 2009.

Edited and Contributed the following chapters in the Jalna Vision document-2032, which has three sections: Introduction, Profile of the District, and Tourism in Jalna.