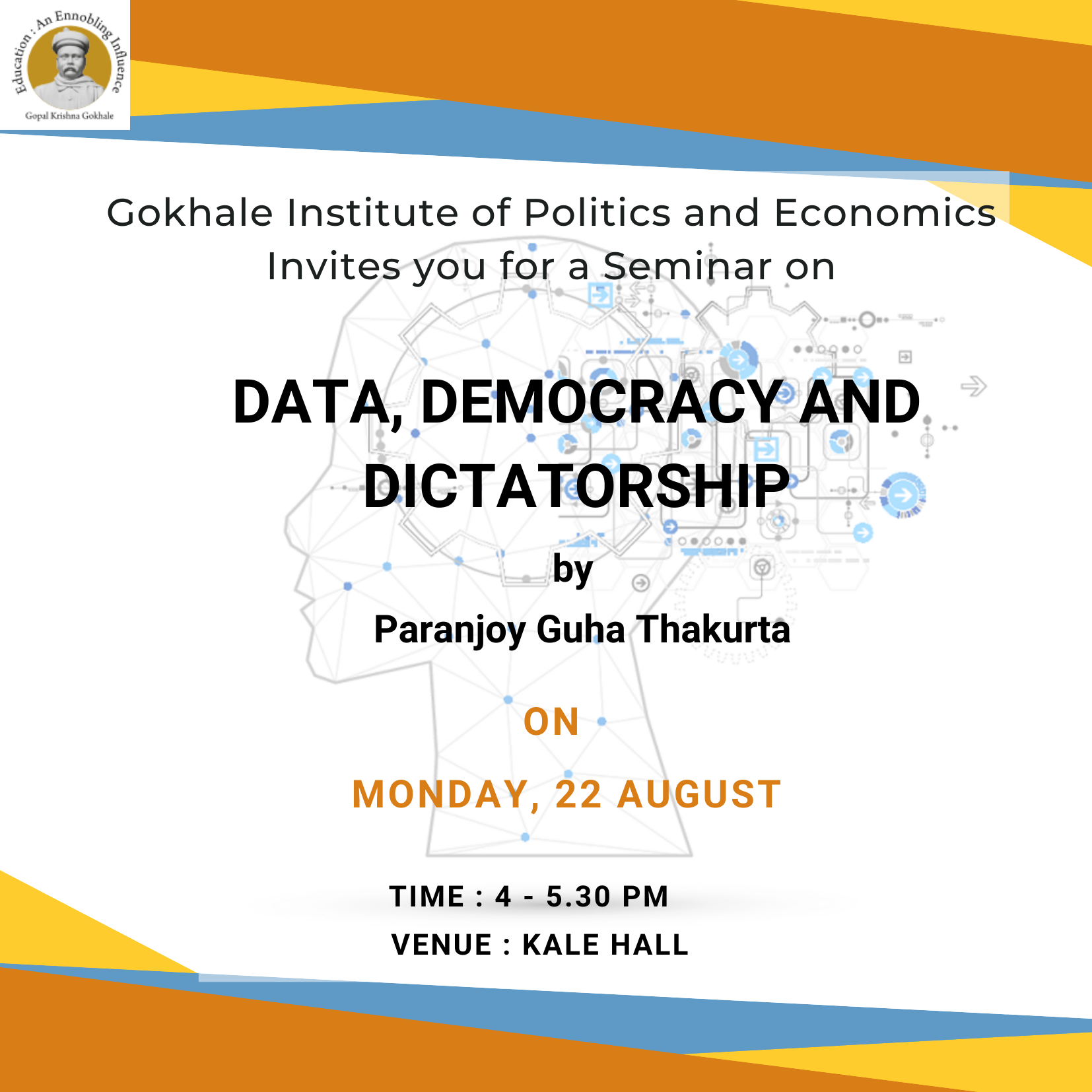 The Gokhale Institute of Politics and Economics cordially invites you to a special lecture by acclaimed veteran journalist Paranjoy Guha Thakurta on the topic, Data, Democracy, and Dictatorship.

The lecture is organised at Monday, 22 August, at 4 p.m. in the Kale Hall, Library Building, Gokhale Institute.

Between 2010 and 2012, technology-driven social media played a crucial role in the Arab Spring – a series of political protests spread across the Arab world which dethroned at least four dictators and ushered some form of democracy in a few countries.

It is widely accepted that technology platforms were key actors in facilitating these pro-democracy uprisings. The Arab Spring is often referred to as a “Facebook Revolution” or a “Skype Revolution”.

During the US Presidential elections in 2016, technology platforms were used to influence public opinion and subvert the democratic process. In India, we are witnessing a similar phenomenon with organised troll armies influencing public discourse and threatening free speech.

Some of the recent whistle-blower incidents revealed that technology platforms are built to propagate hate and aid communal tensions and racial enmity. So, how do we understand the complex interaction between democratic processes and technology?

Paranjoy Guha-Thakurta, a veteran journalist, author, documentary filmmaker and teacher, will take a deep dive into some of these intricate questions.

Please join us for a session followed by Q&A on “Data, Democracy, and Dictatorship” on 22 August at 4:00 PM at the Kale Hall, Gokhale Institute.

The talk and the audience interaction will be streamed Live, details of which will be shared soon.

Lecture: Poorvi Iyer on “Mixed Research Methods and its Applications for Behavioural Economics”

Understanding India through numbers, and Indian journalism in today’s age