The Gokhale Institute of Politics and Economics, Pune, was established in 1930 by the Servants of India Society. It is the oldest research and training institute in Economics in the country. It is dedicated to research into the socio-economic dimensions of Indian society and carries forward the legacy of Gopal Krishna Gokhale. Gokhale was the one who founded the Servants of India Society in 1905. His rationale was to promote education, and develop capabilities among Indians to govern a newly independent nation. Over the decades, the Institute has established strong credentials in empirical and analytical research. The Institute is registered under the Societies Registration Act, 1860, and the Bombay Public Trusts Act, 1950. In recognition of its contribution to higher learning and research in Economics, the Institute was awarded the status of institution Deemed to be a University, in 1993.

To conduct research, education and extension on the foremost social and economic problems at national and international levels to provide viable solutions to decision-makers for the betterment of human life.

The Gokhale Institute of Politics and Economics will strive to undertake research and provide education in all fields of economics with the singular purpose of contributing its might to enhance economic betterment and social welfare.

A pioneer in research

The objectives of the Institute comprise two broad paths - research and academics. The primary objective right from its inception is is to conduct research on the socio-economic dimensions of the Indian society, study the development programs underway, assess their efficacy and last-mile delivery of public services, study the changes in the Indian economy and society, and impart training to researchers in this domain. The Institute has an equally important objective to train students in economics and economic policy-making, public policy in all disciplines, the economics of development, political economies, and sectors such as finance, business, agriculture, health and education. The thrust areas of research at the Institute are agricultural economics, rural development & cooperation, population studies, input-output studies for planning & development, monetary economics & finance, public economics, and international economics.

The Gokhale Institute of Politics and Economics is renowned for its initiatives in qualitative research in diverse areas of economic theory and practice. Surveys, research, informed debates, analysis and critique generated at the Institute have shaped the public discourse on major development initiatives. It has helped formulate economic policy and plans at the regional level, especially in the State of Maharashtra. Some of the research has also contributed to policymaking at the national level.

The Institute has contributed to research which has been instrumental in: 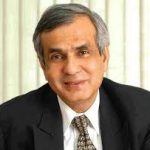 Dr Rajiv Kumar is a leading Indian economist and the former Vice-Chairperson of NITI Aayog, the chief policy think tank of the Government of India. He is the author of several books on India’s economy and national security. His latest books are Modi & His Challenges (2016), Resurgent India: Ideas and Priorities (2015), and Exploding Aspirations: Unlocking India’s Future (2014). He is a widely recognized columnist and a leading speaker on issues in the Indian political economy.

He is also the founding director of Pahle India Foundation (PIF), Delhi, a non-profit think tank that focuses on facilitating economic policy change based on objective and rigorous research.

He has served as the Government of India's nominated independent director on the central board of the Reserve Bank of India, and as a member of the international board of management of the King Abdullah Petroleum Studies and Research Center, Riyadh (chaired by Saudi Arabia’s Minister of Petroleum and Energy), as Director, Institute of Human Development, Delhi, as Director, V V Giri Institute of Development Studies, Lucknow, as an independent director on the Board of DHFL, and as a member, the advisory board of CISCO, India.

He has also been the Government of India nominee (in a full and part-time capacity) on the Boards of Economic Research Institute for ASEAN and Asia (ERIA), Jakarta, the central board of the State Bank of India, the Indian Institute of Foreign Trade, Delhi, the National Security Advisory Board and Telecom Regulatory Authority of India.

He has been a Senior Fellow at the Centre of Policy Research, a chief think-tank in Delhi, the Secretary-General of the Federation of Indian Chambers of Commerce and Industry (FICCI), the Director & Chief Executive of the Indian Council for Research on International Economic Relations (ICRIER), the Chief Economist at the Confederation of India Industries (CII), the Principal Economist at Asian Development Bank, Manila, and Economic Advisor in the Department of Economic Affairs, Ministry of Finance, Government of India. 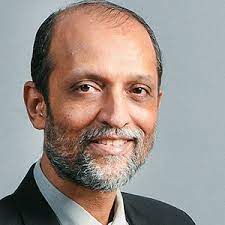 Dr Ranade is a noted economist. He received his PhD in Economics from Brown University, US. Before that, he did Post Graduate Diploma in Management (PGDM) from the Indian Institute of Management, Ahmedabad, after completing B. Tech. in Electrical Engineering at the prestigious Indian Institute of Technology, Bombay.

Ranade has been a former member of the Board of Management at the Gokhale Institute of Politics and Economics. Before joining the Institute as the Vice-Chancellor, he was the Group Executive President and Chief Economist with the Aditya Birla Group, a $50 billion diversified multinational conglomerate

His 32-year career has spanned both academic and corporate assignments. He has taught in universities in India and the US. He has served as a member of several committees of the Reserve Bank of India and as a member of apex committees of national industry bodies such as the Confederation of Indian Industry (CII) and Federation of Indian Chambers of Commerce and Industry (FICCI). He was appointed a member of the Economic Task Force for post-Covid economic recovery by the Chief Minister of Maharashtra.

Dr Ranade has many publications in reputed journals and is one of the authors of the recent award-winning book Rising to the China Challenge. He is also a regular columnist in leading financial newspapers and has numerous columns on different areas of the economy.